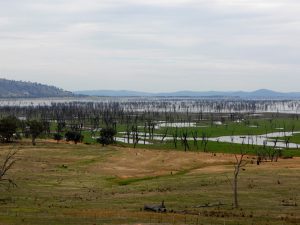 MLDRIN has joined seventeen other Indigenous and environment groups to call on Basin governments not to weaken or delay Basin water recovery targets, ahead of a  Ministerial Council meeting this Friday (22nd April). Please see the joint statement below

A coalition of eighteen environment, Indigenous and community groups has called on State and Commonwealth governments to rule out delaying or weakening environmental water recovery targets in the Murray-Darling Basin.

The call comes ahead of Friday’s meeting of State and Commonwealth Water Ministers, their last meeting before a decision in June to finalise Basin Plan water extraction limits.

The Basin Plan package in its entirety, which was endorsed by all Basin governments and a bipartisan vote in both houses of federal parliament, aims to recover 3,200 gigalitres of water for the environment, whilst allowing some of this water to be offset by projects that achieve equivalent environmental outcomes.

“Recovering environmental water is vital to Aboriginal people of the Basin because as river people, keeping those rivers healthy is fundamental to our culture. The river is the source of totems, stories, medicines and food,” said Darren Perry, Chair of Murray Lower Darling River Indigenous Nations.

“When they haggled over the Basin Plan in 2012, governments whittled down the share of the water dedicated to keeping native fish, waterbirds and rivers healthy, they cannot go any lower now without putting them at risk,” said Juliet Le Feuvre, Healthy Rivers Campaigner at Environment Victoria.

“Since the Basin Plan was agreed in 2012 we have seen some Basin governments, New South Wales in particular, try to change the rules to allow the inclusion of dodgy offset projects that would mean native fish and iconic wetlands including the world-renowned Coorong miss out on desperately needed water,” said Jonathan La Nauze, Healthy Ecosystems Program Manager at the Australian Conservation Foundation.

“We know some Ministers want to reduce the share of the water dedicated to keeping native fish, waterbirds and rivers healthy, but this would be a short-sighted decision,” said Bev Smiles, spokesperson for the Inland Rivers Network.

The coalition of groups called on Commonwealth Water Minister Barnaby Joyce to uphold his government’s commitment to deliver the Basin Plan “on time and in full”.

“That means 3,200 gigalitres of environmental water, reduced only by genuine, proven offsets. It means no sleight of hand, no changing the rules when it comes to calculating offsets, and it means no more delays,” said John Pettigrew, water spokesperson for Environmental Farmers Network.

“The Basin Plan is already a compromise; it is the bare minimum required to keep the Murray Mouth open and the Coorong alive and it leaves many wetlands and native species at risk. Governments should not take any more water away from our native plants and animals, they should stick to the Plan and get on with it,” said Craig Wilkinson, CEO of the Conservation Council of South Australia.

The groups also called on Basin Ministers to: