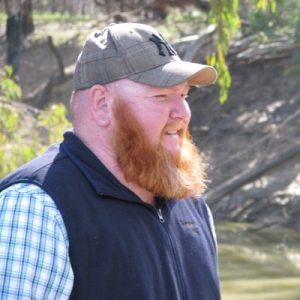 At MLDRIN’s Annual General Meeting, held in Horsham on the 12th November 2016, our Members elected 7 Directors and a new Chair and Deputy Chair. The new Board of Directors will oversee the management and operation of the organisation for the coming two years, up till 2018 – MLDRIN’s 20 year anniversary!

MLDRIN would like to congratulate all the members of the new Board: Rene Woods (Chairperson), Stephen Atkinson (Deputy Chair), Coral Peckham, Grant Rigney, Alice Williams, Gayle Maddigan and Stewart Taylor.

MLDRIN would also like to say a special thanks to Directors who have served the Board and organisation over the last two years (and, in some cases, even longer!).

Outgoing Chairperson Darren Perry steered MLDRIN through challenging times and oversaw a major revitalisation of the organisation. Darren has served MLDRIN’s membership tirelessly over the last few years and will be sorely missed. We wish him luck as he focusses on work with the First Peoples of the Millewa Mallee Native Title group and Federation of Victorian Traditional Owner Corporations.

Outgoing Directors Auntie Bella Kennedy and Uncle Neville Whyman have also contributed much energy and many long hours to ensure MLDRIN’s sustainable growth in recent years. Auntie Bella and Uncle Neville will continue on as members and will be able to focus on the amazing work they do in their respective communities.