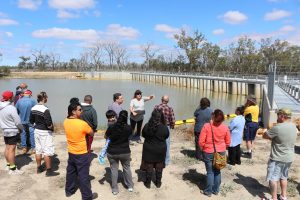 The Water Amendment (Review Implementation and Other Measures) Bill 2015 includes some small changes that will help to reinforce the importance of proper Indigenous engagement in Basin Plan implementation. However, the Bill falls short of implementing key recommendations proposed by Aboriginal organisations to improve access to water for cultural, spiritual and economic purposes.

“The Government’s Bill ensures that the Murray Darling Basin Authority will have a statutory obligation to engage with Indigenous communities in the Basin. It also ensures that current Basin Plan requirements for Indigenous consultation are written into the Water Act itself.”

“While these changes are positive, they fall far short of addressing the underlying inequity of a water allocation system which is based on the dispossession of Aboriginal people.”

“What we need now is a genuine national conversation about recognizing the rights of Aboriginal people to access and own water entitlements on their traditional lands.”

“MLDRIN and other Aboriginal organisations will continue to work to achieve water justice for Traditional Owners within the Basin. There is growing international recognition of the water rights of First People, underpinned by the United Nations Declaration on the Rights of Indigenous People. The Australian Government should take a progressive approach to achieving these important reforms,” Darren Perry said.

You can view the Government’s response to the Water Act Review here: water-act-review-govt-response